Our mission is to protect and restore the marine waters, habitats and species of the Salish Sea to achieve ecosystem health and sustainable resource use.

San Juan County MRC works toward the achievement of our mission by: 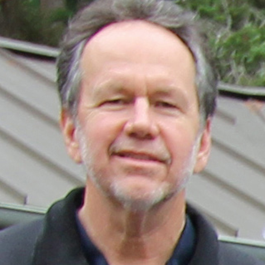 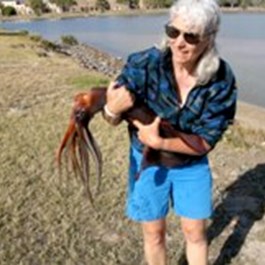 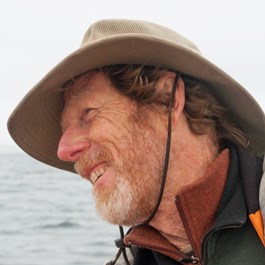 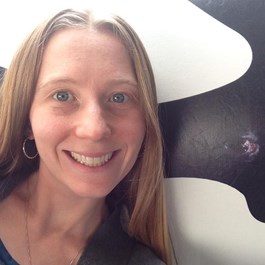 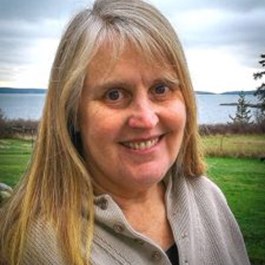 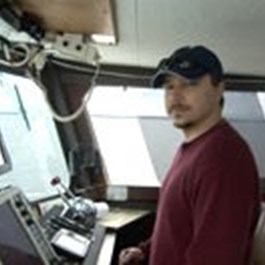 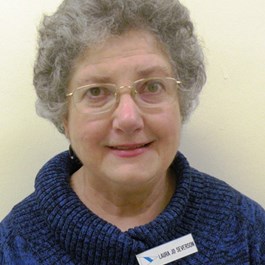 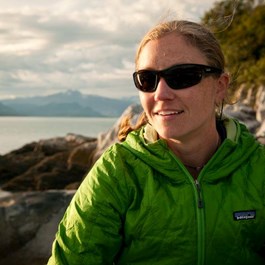 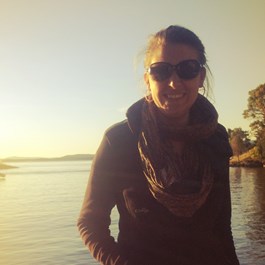 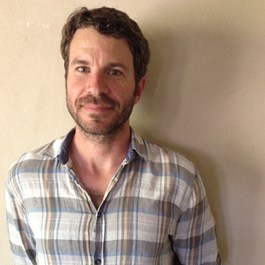 These resolutions are available through the following links:

Christina Koons is a former developer of historic commercial and residential properties in Olympia and Tacoma, and an the environmentally forward residential community Eagle Lake on Orcas Island in the San Juans.  She is currently active in noise pollution advocacy and serves as a member of the NW Regional Council for the National Park Conservation Association.  Christina enjoys an active sporty lifestyle, crafting, and attempts to play mahjong.

Karin and her husband moved to Friday Harbor in 2015.  What drew her was the whales.  Sadly, the next year was the worst year for the SRKWs. Six members of J, K, and L pod died that year.  Karin wanted to learn about what ailed them and devoted close to 200 hours of training about the environment the whales depend on. She then sought avenues to educate other people and inspire them through story telling to change their impact on the ecosystem.  She regularly volunteers for FOLKS, the Stranding Network, SoundWatch and the Center for Whale Research. She came to the MRC with an interest to help improve the health of the Salish Sea and look for solutions that bring local and regional changes. Karin is a RN and wound care specialist who consults with hospitals nationwide.

Cathleen Burns moved to San Juan Island in 2018 after selling her investment advisory practice in Florida and spending a few years traveling and volunteering in ocean conservation efforts around the globe. Having spent her life in Florida and being raised on the water she developed a love of the sea at an early age. She is a graduate of Leadership San Juan Islands - Cohort 15, and is a certified Marine Naturalist.  She volunteers with The Whale Museum as a docent, Soundwatch, American Camp’s Fox Brigade, San Juan Island Naturalist Program and FOLKS (Friends of Limekiln State Park) and IOSA (Islands’ Oil Spill Association) with a 24 hr. Hazwoper certification. She has a Bachelors of Science in Agriculture (Botany) from the University of FL and a Masters of Business Administration from the University of North FL and is a Certified Financial Planner®. She enjoys hiking, birding, diving and boating in the beautiful PNW. 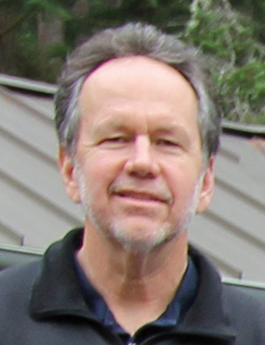 Carl Davis is a long-time cinematographer and documentary filmmaker, with a passion for oceans and the aquatic environment.  Carl is also an avid kayaker, SUP boarder, and sailor. 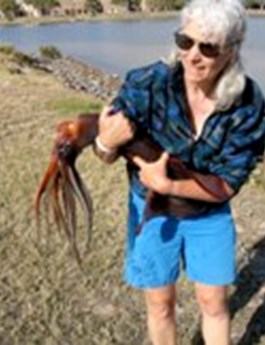 Dr. Megan N. Dethier is a Research Professor in the Biology Department at the University of Washington but is in full-time residence at the Friday Harbor Laboratories, where she is Associate Director for Academics and the Environment. She did her undergraduate work at Carleton College in Minnesota, then PhD work at the University of Washington. Since ~1978 she has been in working on the shoreline ecology of the Pacific Northwest. Her first love is rocky shores, but she now also works in mud, gravel, and salt marsh habitats. She designed a marine habitat classification system for Washington state, and has worked with the National Park Service and various Washington agencies designing shoreline mapping and monitoring programs. Her current research efforts are mostly focused in Puget Sound, investigating the linkage between physical features of shoreline habitats and their biota, and the effects of human impacts (such as shoreline armoring) on this linkage. Some of her greatest pleasure comes from teaching marine biology to undergraduate students, which she has done at the Friday Harbor Labs for over 30 years, but also at marine labs elsewhere including Maine and Australia. 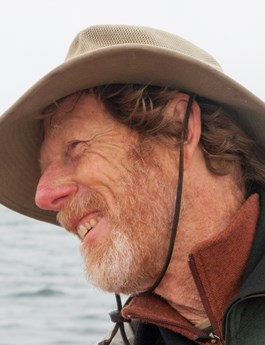 Jeff has been a resident of Lopez Island for 33 years. He is a retired Containership captain and a Master Upon Oceans Any Gross Tonnage. Jeff is a renewable Energy enthusiast and is passionate about helping the next generation. 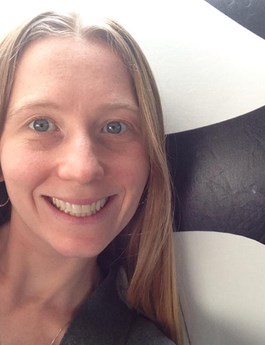 Kailey is a native Washingtonian. She was born and raised in the Puget Sound region where her family fostered her love of nature. She was fortunate enough to grow up boating during her summers in the San Juan’s and Gulf Islands which solidified her love of the marine environment. It was one of those fateful boating trips when she was around 12yrs old that she had her “Feee Willy” moment and got to see the SRKW’s up close and personal. From that moment on she was hooked and knew that studying cetaceans and helping with their conservation was her path. Kailey has her Bachelors of Science in Aquatic and Fishery Sciences and Masters (M.M.A.) in Marine and Environmental Affairs from the University of Washington. Both degrees focused on research with cetaceans. Since graduating she has worked for NOAA in the Protected Resources Division and sits as a board member for the regional non-profit Whale Scout.

In 2016, Kailey and her family moved to San Juan Island. While she is now a full time mom of two she volunteers on the Green Crab team and coordinates a summer outreach program called the San Juan Island Naturalist Program. When she’s not found doing these things she’s following her other passion and teaching at Salish Sea Ballet as she has danced since she was 8yrs old.

Ms. Gobin has over 25 years of Community Development experience with the Tulalip Tribes.  Presently, Ms. Gobin is with the Natural Resource Treaty Rights office working with state, local and federal agencies regarding those issues that impact the life ways of the Tulalip Tribes.  In addition to her years of experience, Ms. Gobin is a member of the Tulalip Tribes and is well versed in the culture and history of her people. Her personal goal is to invest in the future of the Coast Salish community, helping to affect a sustainable future for the next generations to come.

Philip Green first came to the San Juans in 1973 as part of a maintenance crew from North Cascades National Park working at American Camp (on San Juan Island). He has bicycled and kayaked extensively in the islands ever since. In 1999 Phil moved to the islands employed as the Yellow Island Preserve Steward for The Nature Conservancy. He has lived on Yellow Island for the past 15 years. Phil's activities in the community include being an active IOSA volunteer, COASST surveyor, former board member at The Whale Museum, volunteer for the Marine Mammal Stranding Network, Sea Doc volunteer helping interns to tag seal pups, mentoring students doing marine bird and mammal surveys through UW Friday Harbor Labs, and doing sub-tidal surveys through REEF(Reef Environmental Education Foundation). Phil also works closely with personnel from USFWS and WDFW as part of his Yellow Island duties. Phil has been attending MRC meetings as an interested citizen since 2004. 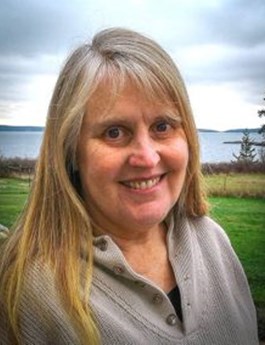 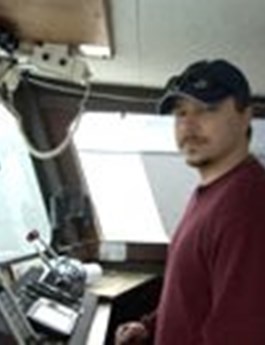 Kendra Smith is the Environmental Resources Manager of the San Juan County Department of Public Works. 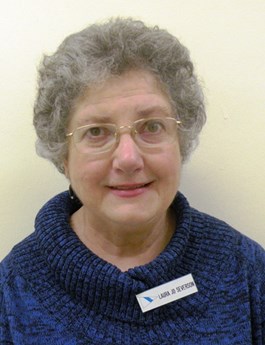 I was born in Mobile, Alabama and am a member of the Baby Boomer generation.  I grew up there and have lived in Jacksonville, FL, New Orleans, LA, and Berkeley, CA before moving to Washington.  I hold a BS in Social Studies Education from Auburn University and an MA in Counseling from the University of South Alabama. I am certified by the State of Washington as a teacher and school counselor.  I worked in public education for 32 years, and I still substitute teach for San Juan Island School District.

I learned to love the water fishing with my parents.  My husband and I own our third sailboat which we lived aboard for five years.  We have sailed coastal waters in Florida and the Gulf of Mexico.  We have sailed Puget Sound and the Salish Sea for the past thirty years.  We both have held offices in the Friday Harbor Sailing Club, and I am currently Commodore. I am taking the opportunity to use this office to share information about maintaining the health of our waters and marine life.

I volunteer for the American Red Cross.  This gives me the chance to help people hurt by the increasing storms and fires brought on by global warming.  I have been a member of Island Oil Spill Association.  I am program chairman for the local grange.  I serve on San Juan County Clean Water Advisory Committee and the Marine Resources Committee.  I am a member of the Washington Sea Grant European Green Crab team.  I am a Soroptimist (a women’s service club) and member of the Friday Harbor Presbyterian Church.  I am the Firewise Chairman for my neighborhood. 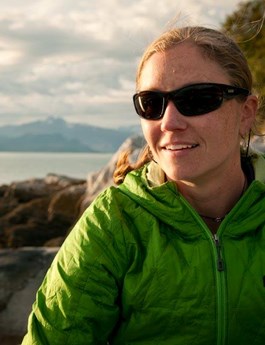 Beth is a natural Washingtonian, born and raised in Spokane. Despite her inland upbringing, she fell in love with the sea at a young age during family trips to the Washington coast. She pursued a biology degree with marine concentration from Western Washington University and then moved temporarily to San Francisco to achieve her Master of Science in Marine Biology from San Francisco State University. During this time she worked in the research department at the California Academy of Sciences studying nudibranch, and then seahorse, genetics.

Finding she deeply missed the evergreens and coastal mountains of Washington, Beth returned to Seattle to expand her studies and receive a Master of Marine Affairs from the University of Washington, hoping to apply her knowledge more broadly in the natural resources and policy realms. Following the completion of her MMA, she spent four years working as a naturalist and guide on adventure cruise ships carrying passengers through remote regions of SE Alaska, Antarctica, and the Arctic. She spent these years chasing summers from one hemisphere to the next, living a nomadic, sporadic life with her now husband.

Cruise ship work periodically brought her through the San Juan Islands, and when it came time to retire from ship life in 2016, San Juan Island became her new home. Since then, she has been living in the islands with her husband and son, working as an environmental consultant and field biologist at Jen-Jay, Inc. where she conducts habitat surveys and writes biological assessments for shoreline development projects. She views her role as one that helps clients understand the regulations designed to protect our marine and nearshore resources and to advocate for responsible and ecologically appropriate development.

When not working at Jen-Jay, Beth can usually be found hiking the forest trails around her home, having a picnic at one of the many island beaches, or tinkering in her garden with her family. 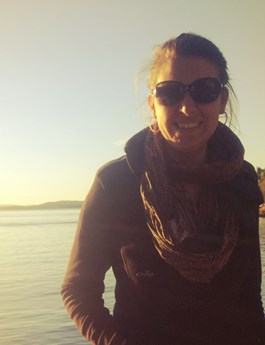 Frances is a wildlife biologist with over a decade of experience studying marine mammals. She first came to the San Juans in 2005 to take part in a Southern Resident killer whale boat impact study, that same year she began volunteering for the Northeast Pacific Minke Whale Project and continues that project today as a Co-PI. Frances' research has  centered on understanding how marine mammals interact with, and respond to human activities and changes within their environment. She has studied the impacts of fish farm acoustic alarms on harbor porpoise distribution, the effects of seismic surveys on bowhead whales in the Alaskan Arctic and, most recently the behavioral responses of harbor porpoise, harbor seals and Steller sea lions to tidal turbine operational noise in a playback study in Admiralty Inlet. Frances lives on San Juan Island with her husband, she volunteers for the marine mammal stranding network and the historical museum when time allows. 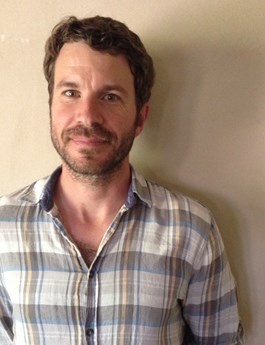 Sam arrived on the San Juan Islands in 2019 after spending the past decade doing watershed restoration work in the Rogue River Basin of Southern Oregon. Sam serves as the Lead Entity Coordinator for the San Juan Islands (WRIA 2). In this role he heads the technical advisory group that reviews and prioritizes salmon projects, and he works with project sponsors throughout the process of project development and implementation. The San Juan Islands are unique when compared to other watershed-based WRIA's. Salmon recovery here is focused on marine and nearshore habitat and enhancing forage fish populations, which are important prey for outmigrating salmon from Puget Sound.